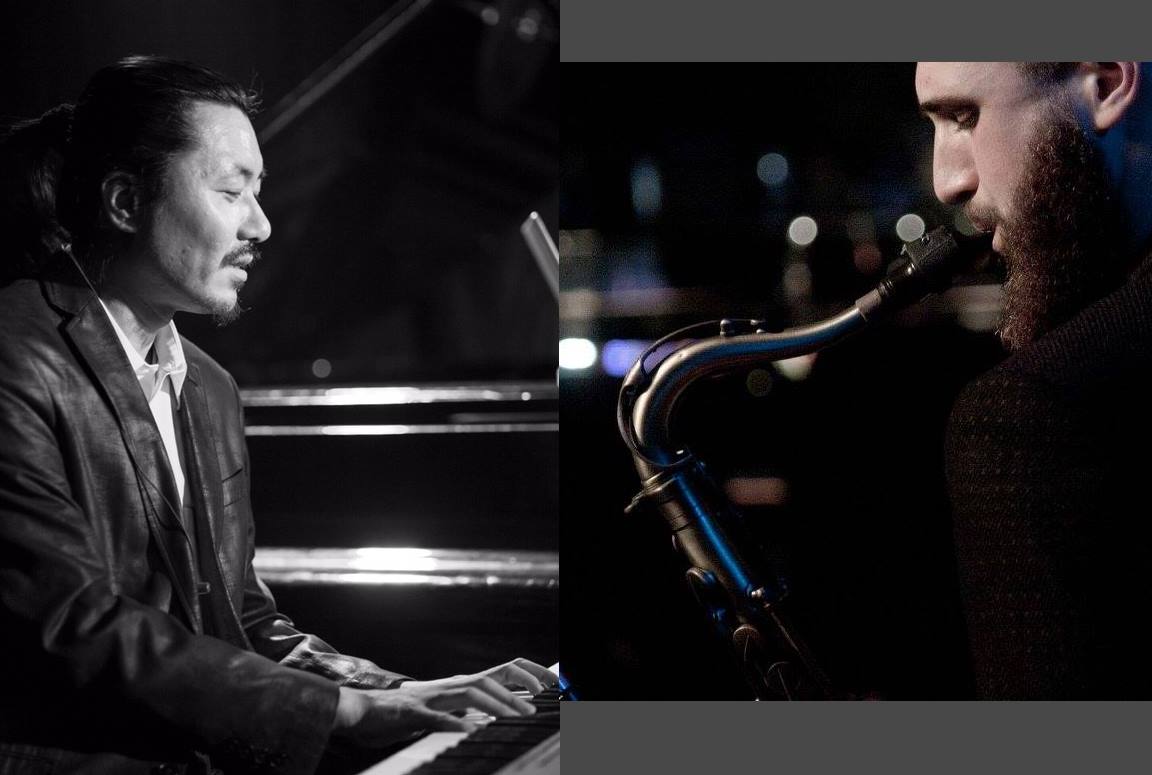 Saxophonist Daniële Nasi and pianist Zhu Mang are the new shining stars in the Prins Claus Conservatory Master. We have invite to come and play at Brouwerij Martinus.

Daniele Nasi is a tenor and soprano saxophone player from Italy, currently living in the Netherlands and studying at Prins Claus Conservatory. His musical education began with the piano at the age of 5. After moving back to Italy, from Chicago, IL (USA) where he grew up, at the age of 9 he decided to pick up the saxophone after listening to some
Charlie Parker LPs and falling in love with the sound of the instrument. He then started studying in private schools and playing in different situations. He started playing in a
Funk/Disco band (“Charlie Shuffle Big Band”) since the age of 14, while also studying and playing jazz. In the following years he started playing also in a Ska-jazz band (“Empatee du Weiss”, playing original compositions), with which he later on had the possibility to go on tour around Europe (UK, Spain, Netherlands, Germany, Austria, Czech Republic). After living abroad in Colombia for one year, graduating from High School and studying one year of Philosophy at the University of Bologna, he decided to dedicate his life completely to music and started studying Jazz Saxophone at “A. Boito” Conservatory in Parma, in 2014, with Emiliano Vernizzi as a teacher. During those years, with some colleagues they set up a jazz 4tet of original music called “Ejad”, with which they are still performing and is now one of his main projects. Alongside these projects he was also playing as a sideman in many different jazz or latin/jazz trios, 4tets, in an 8tet (tribute to Bill Evans) and in a couple of Big Bands (“Mephisto Ensamble” and “PMI Big Band”; also the “Parma Jazz Orchestra” for a short period before leaving for Groningen). He also attended Masterclasses with Steve Coleman, Tor Yttredal, Misha Alperin, Morten Halle and summer clinics such as “Umbria Jazz Clinics” in 2015 (with Dino Govoni) and “Nuoro Jazz Seminary” in 2016 (with Emanuele Cisi and Joe Lovano). In July 2017 he graduated with the highest marks from the Bachelor program in Parma and since September 2017 has been attending the Master course at the “Prins Claus Conservatorium” in Groningen, taking classes with both saxophone teachers Micheal Moore and Miguel Martinez, but also attending classes with Jasper Soffers, Tineke Postma and others. During this last period, throughout the school, he has also taken private lessons with David Binney, Melissa Aldana, Don Braden and David Berkman. Other than saxophone private classes he also has had the possibility to study with many teachers from the New York program which the school provides, such as Steve Nelson, Gene Jackson, Johannes Weidenmeuller, Rogerio Boccato, David Binney, Melissa Aldana, Michael Phillip Mossman, Don Braden, Matt Wilson, Jack Walrath, Conrad Herwig, Dave Stryker and others. Ever since he moved to Groningen he has also been playing with many colleagues as a sideman and codirecting projects such as “BSDE 4tet”, “Mau Mau”, “FrankieZ eXperiment”, “Quique Ramirez 5tet”, “The
MonkTunos”, “JVdL 5tet and 6tet”, “Ypogeios”, “Soul Call 4tet” and others.

Zhu Mang has had a wealth of performance experience as a professional jazz pianist and keyboard artist. Based in Shanghai, China, Zhu Mang is a popular and active musician amongst a very busy international, music scene.

Educated and trained in classical piano, Zhu Mang graduated from the Shanghai Conservatory of Music in 1997 with outstanding achievements. Driven and passionate, Zhumang extended himself during his time at Conservatory exploring, researching and indulging in jazz improvisation.

In 2006, Zhu Mang was invited to participate in China and Taiwan’s first ever fusion jazz album production, “What a Wonderful World”. The album release was supported by a Taiwanese music brokerage firm, Oriental Sky and enjoyed simultaneous release in both countries.

Zhu Mang’s talents have been recognized and rewarded with opportunities to share the stage with a number of reputable, international artists such as: Swedish jazz trombone and singer, Nils Landgren; the famous Australian jazz and classical trumpet performer, James Morrison and American young generation jazz alto saxophonist Alex Han.

​Studying a Jazz Master of Music in Holland, would enrich and compliment Zhu Mangs Year’s of experience and achievements to date. The opportunity to study at the Prince Claus Conservatoire would be extremely rewarding and provide Zhu Mang with a wealth of knowledge and enhance his international music experience.